After a number of years of guerrilla warfare, Zimbabwe began as an independent state in 1980 under the leadership of Robert Mugabe. During the first decade of independence, on the surface the country seemed to thrive with the black population rising and the economy growing. However by 1990, due to a number of factors, among them widespread corruption, political unrest began to grow and has been full blown since the late 1990’s. President Mugabe’s response was the forced seizure of white farms and repression and harsh human rights abuse against the indigenous black population. Inflation was the highest in the world until Zimbabwe’s own currency collapsed, and they resorted to using the US Dollar and South African Rand. The extreme crisis has passed for the moment, but the country and its infrastructure is barely functioning. 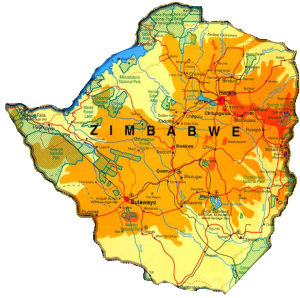 Along with catastrophic economic problems, Zimbabwe has experienced one of the worst pandemics of HIV/AIDS. Fortunately over the last decade, the new infection rate has declined, though the number of orphaned children has remained at 1.1 million as the death rate increased due to the natural progression of the disease.