It is with much excitement that I report to you on this year’s Christmas party. It was indeed an event the whole of Themba family have been waiting for. These last few weeks have been busy with the children preparing for the activities they wanted to present during this big day. 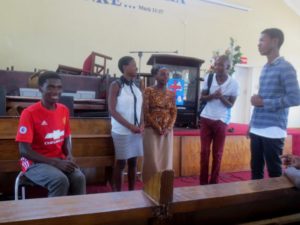 It was encouraging to see children praying for God’s provision and success of this day and trusting Him to provide. We managed to hold our party on Tuesday the 12th of December 2017. The attendance was very good as people were still preparing to go for Christmas holidays. Activities started at 9 in the morning till late in the day. We also had time for God’s Word and prayer. The children were amazing as they presented poems, memory verses, testimonies, songs, dance and drama. 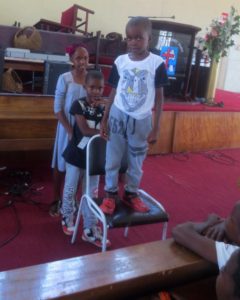 The children had a lot of things to thank the Lord for. We had three Themba children who graduated trade school and did very well. Moreblessings Ngwenya is one of them. He used to have a lot of health challenges but persevered until graduating. He was all smiles as he encouraged other children to press on until they reach their goals. Sikhangezile Sibanda, who graduated at University, gave a testimony thanking the Lord for all He has done for her. She thanked Themba sponsors for making her dreams come true and encouraged other children to work hard with the opportunity given them. It was so inspirational to see her in her graduation gown as other children wanted to follow her footsteps.

Future Takaisvogara, Panashe Mpeiwa and Tsepiso Mpande are part of grade seven students who did so well in their exams. They were as excited as they presented poems thanking the Lord for obtaining good grades in their primary school final exams. Nomthandazo Siziba, who is one of our youngest children sang of baby Jesus, standing on a chair for all to see, thanking Jesus for His goodness. 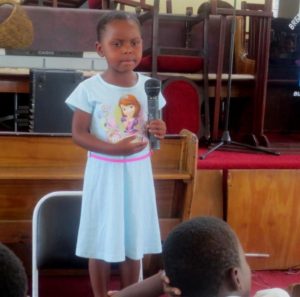 The food was plentiful and delicious and the Themba families enjoyed it as they returned for seconds. We also managed to distribute rice packs to all families and they were so happy to carry something home for their children. 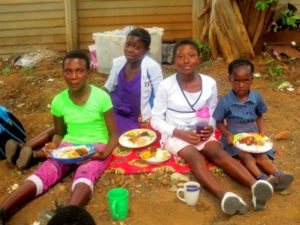 We would like to thank all Themba sponsors and friends for their love and support. We love you and are praying for you all. 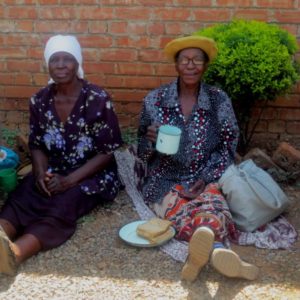 Wishing you a merry Christmas and a happy new year.