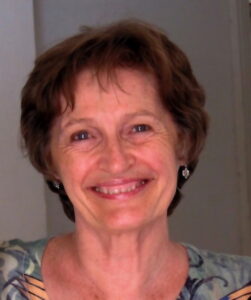 Janelle and her husband, Allen, served as missionaries in southern Africa for 40 years, from 1969-2010. They served the first 10 years in a rural setting in Zambia planting churches

among the Tonga people. After Zimbabwe gained independence in 1980, they moved their family, daughter Krista and son Allen Wade, to Bulawayo, the country’s second largest city. They spent the next 24 years initiating a non-denominational church planting ministry, resulting in a fellowship of over 30 churches spread throughout western Zimbabwe.

During their years in Zimbabwe, the mission organization, African Outreach Ministries (AOM), was established to oversee the Avery’s work.  In response to the spread of the

AIDS pandemic, the Averys founded Themba Le’Ntandane (translated as “Hope for the Orphan”), a ministry with the vision of caring for destitute orphaned children still living

in their extended families.  Janelle oversaw the growth and development of Themba.

In 2004, the Averys relocated to South Africa where they reached the 40-year mark of service in Africa. In June of 2010, Allen passed away and Janelle chose to return to the United States to live, but continues to oversee the orphan ministry, now operating as a separate entity under the umbrella of AOM. This new ministry, Hope4theOrphan (H4tO)/Themba, was established in 2013 and operates under its own board of directors.

Janelle has a Masters of Arts degree in Educational Ministries from Wheaton College.  She and Allen assisted in planting over 80 churches and training thousands of Christians and church leaders in Southern Africa.  Janelle currently resides in Wheaton, Illinois.  Living close to her are her grown children and their families, Krista and Jim Auker with their four daughters and Allen Wade and Emma, and their three sons.