After completing the updated bios for the sponsors this year I found myself in a much happier state then previous years. I was blessed by so many of the stories of the children and wanted to share some with you. The main message that I received this year is that the caregivers are so grateful for the opportunity to have their children go to school. The children are too! Without being a part of the Themba program this would not be possible.
I hope you will enjoy this report I have put together from the information I collected while working with the children’s updates. 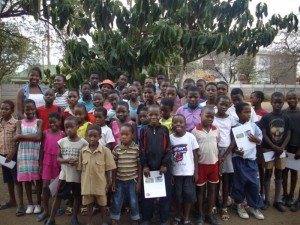 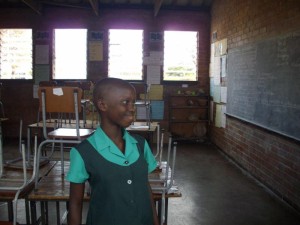 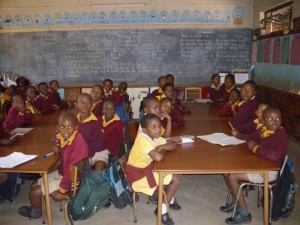 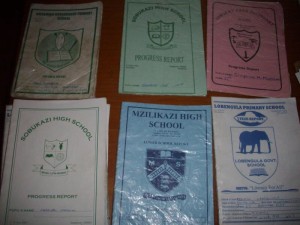 8 Children will complete High School this year but will not take their final exams to go on to the next level of education, which is the track for a future spot at a University. These children are not doing well enough in school to pass the exams. However they have all been offered the opportunity to select a course they would like to study and go to a Trade School next year. In the past the children felt like such failures at this point, especially after failing their exams, and many would turn down the offer to go to a Trade School thinking that they couldn’t do it. With this new approach the children are much more encouraged and Themba is working hard to lift their spirits and let them know that they can achieve this and make something special out of their lives.

Here is a story about Sijabuliso Dube, a current Trade School student, who spoke to the children recently: 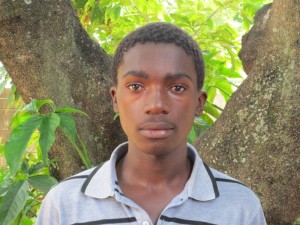 Sijabuliso recently attended a Themba Friday Bible Meeting and told the children not to be discouraged if they are having academic challenges. He encouraged them to find out what their God given talents are and pursue them. He said he was discouraged when he was struggling in school and was afraid that he would never do anything with his life. When he was told he could choose a course to study at a Trade School he was still discouraged thinking he would not do well. He then began to believe that there was something that God gave him which he could be good at. He chose to study Building which he is enjoying. He is very grateful to Themba for this opportunity. He encouraged the children to believe in themselves even when they are discouraged by other people around them. The children were amazed to hear this from him. Many of the children went to school with Sijabuliso and knew him as a quiet child who did not do well in school. They were very encouraged by his words! 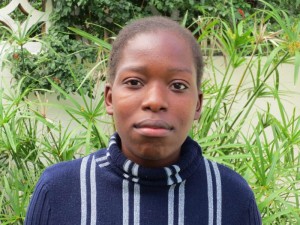 Sikhangezile Sibanda began attending University this year and is pursuing a degree in Local Governance. She is the first to qualify in awhile to go to University from Themba and joins the four other students who have been attending for a few years now. She has settled in well at the University and is currently waiting for her first results. She is very grateful for the opportunity that she has been given. When she was a young girl she always dreamed of making it to the University level in her education. With her home situation she never thought this dream would ever come true. She felt that she would be lucky to even finish high school. We praise God with her!
Simbarashe Mpofu 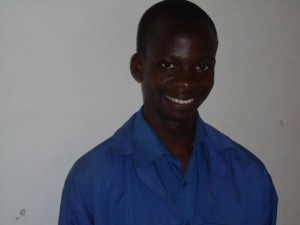 Simbarashe Mpofu has completed Trade School this past year studying Communications. He did very well with his internship and received a very good recommendation. Simbarashe is now starting his own Communication business specializing in installations and repairs of electronic equipment in offices and satellite installations in homes. He has partnered with two of his friends from school. We are very impressed with his ability to take the lead and open a business of his own right away and pray that it will succeed!

Thank you so much for being a blessing to the children of Themba! You have provided the means for these children to attend school and be a success in life. Your prayers lift their spirits and make them feel loved and your donations make it possible for them to get an education.