“On behalf of all the Themba Family, I would like to thank you for the great love you have for the children and caregivers whom most of you have never met.” 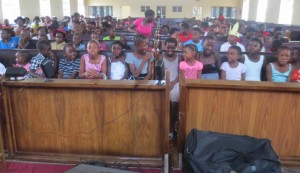 The Christmas party is always the highlight of the year where we meet with the children and caregivers to give thanks to God for helping us through the year.

A lot of time was taken by the Themba team, including the two volunteers, to prepare for the party which was a great success. We had a very good attendance from both the children and the caregivers. Even though we had quite a number of new children and caregivers, they all blended in very well. Everybody was warmly welcomed. We were a big family that was ready to share in the joy of that day. 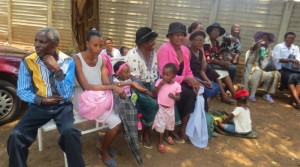 Our program began with a beautiful worship service. We then had a brief sharing from the Word of God by Similo, which was very encouraging. The children presented the great nativity play. This time the children had robes made of large pieces of cloth and they looked beautiful in them. There were songs, plays and memory verses that were presented by the children as well. To make the day even more exciting, Jethro Nkomo brought a PA system and speakers. He played Christian music that both the children and the caregivers enjoyed very much. Even the Themba team could not resist the good music and before we knew it, we were all on the dance floor. 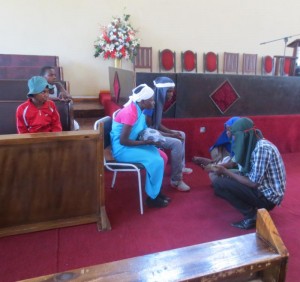 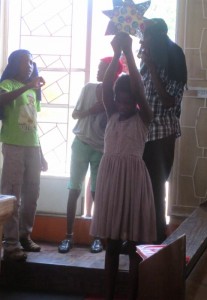 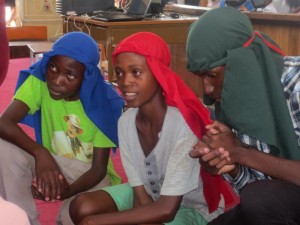 The catering team did not disappoint us. There was plenty of good food, which everybody enjoyed. At the end of the feast, each family had a packet of rice to take home. The children each received a bag of goodies to take home too. We ended the day with a prayer of thanksgiving and all went home happy. 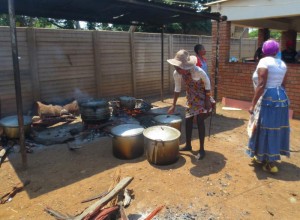 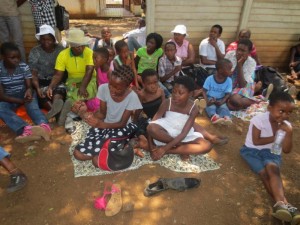 As the families gathered to go home I could feel the grace of God upon the ministry of Hope4theOrphan-Themba. Scripture says “Greater love has no man than this, that a man lay down His life for a friend.” It speaks of the sacrifice our Lord Jesus made for us through His death on the cross. That same attitude to sacrifice was passed on to all those that have always supported Hope4theOrphan-Themba. It was that attitude which made the Christmas party possible and brought joy and happiness to many families.

On behalf of all the Themba Family, I would like to thank you for the great love you have for the children and the caregivers whom most of you will never even meet. May the Lord continue to enlarge your boundaries!