Thanking God for The Gift of Food

Home > Uncategorized > Thanking God for The Gift of Food 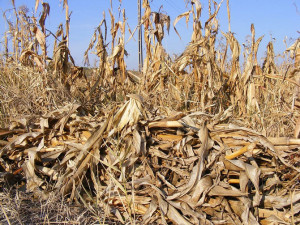 Once a major corn exporter in Southern Africa, the Zimbabwean farming community was decimated due to the political climate of the early 2000’s.  Today, as a result of this situation and the unseasonable drought during the 2013 farming season, Zimbabwe is crippled in their ability to feed their people.

According to some estimates, as of December 2013, 2.2 million people were in need of assistance due to the drought.

“There is a critical food shortage in the country and the government is trying to import food together with some non-governmental organizations,” Permanent Secretary for Public Service Ngoni Masoka told lawmakers on Nov. 18. “We have a plan for a major food deficit mitigation program.”

There is no doubt, hunger exists in Bulawayo.  For our children, the need is even greater as their aging caretakers are incapable of providing for their whole family, as the food that is available is not in reach of their limited budget.

Thanks be to God almighty for His provision!  Late in 2013, a donor generously provided 6 months worth of the staple Maize, for all of the Themba families. 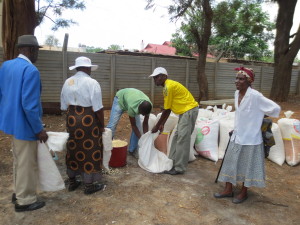 When food is provided in a time of critical need, God is glorified, and hope is delivered.

Would you consider giving to Hope4TheOrphan, and providing for the care of each of these children for 2014?  Click HERE, and make a gift.

Thank you, and God bless you!