Home > Uncategorized > Rejoice With Us

Our prayer for all the orphans in Themba is that they will grow to be all that God created them to be, excelling in their passions and talents for the glory of God. It is particularly rewarding when former Themba students use their passions to give back to Themba. I would like to tell you the story of Skha, one of these delightful young women.
Rejoice in Skha’s success in school and her giving heart.

Sikhangezile Sibanda, supported by Themba from 2007 to 2017, chose to serve as a full-time volunteer with Themba when she graduated from university in 2018. She wanted to encourage the Themba children to work hard and focus on their schooling, so she wore her graduation robe when she shared with them at a Friday Bible Club meeting.

At the young age of seven, Skha’s father passed away (2003) and her mother left Skha alone with a sister who physically abused her. Fortunately, another sister invited Skha to live with her. Living with this loving family provided Skha stability, strength, and encouragement.

However, they could not pay for all the daily needs of the family. At age eleven, Themba began supporting Skha’s education. In addition, she drew closer to the Lord and found healing from the trauma of physical abuse. 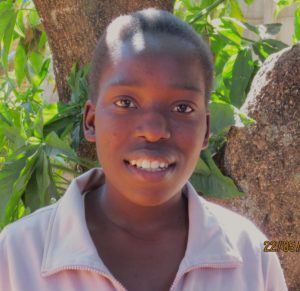 In her teenage years, Skha was a quiet girl. She loved to read and performed well in school. As she matured, Skha grew in her faith and became committed to Christ and her church. She began to understand that a personal relationship with Jesus as her Savior and Lord is possible.

One of Shka’s favorite activities was participating in the Themba Bible Clubs on Fridays, where she now volunteers.

Skha with children of Themba

Currently Skha is employed full-time as a social worker for the city of Bulawayo. She continues to volunteer at Themba, where she has started a program to help orphans and their caregivers deal with their sadness over the loss of loved ones.
She exhibits such joy working with the children. Her hard work is a testament to God’s faithfulness. 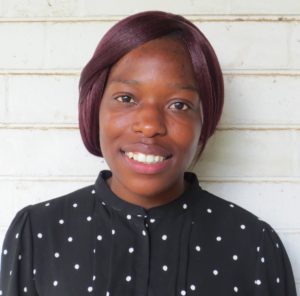 Skha as a young adult

Skha is a clever and assertive young woman, excelling in her passions and talents. Her dream of completing university has come true, and we are confident she will continue to serve others for God’s glory.

One American family was able to sponsor Skha with the funds for many years of schooling, and to complete her university degree. The Themba Team wants to thank this family, and each of you who have been God’s hands in this ministry to the Children of Themba. Thank you!